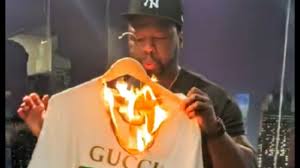 So, by now you’ve probably heard about Gucci and the case of the blackface sweater. The luxury brand has been taking a lot of heat, as I think it should.

It’s paltry in the extreme that a storied fashion house like this would be so insensitive to a key segment of its customer base. Their apologetic cries to be forgiven for this mistake ring false as well.

First, mistakes like this just should not be happening in 2019. Some might argue that it’s not that strange since slavery was still a thing less than 100 years ago, but I disagree. Yes, racism is still alive and well and occupying high positions in political office. But laws, social norms, widespread changes across myriad industries and verticals place the African-American dollar on exactly the same footing as anyone else’s. At least, it should for businesses smart enough to recognize and respect its power – and the people who wield it.

Countless companies have shown that they do understand and respect this fact – in some form or another – by taking a public, zero tolerance stance on this kind of nonsense. But some industries have been slow to change. The fashion industry is one of them.

It’s only been in the past few years that brands like Gucci have opened their doors to black and brown models on their runways and in their advertising. But many have questioned whether or not these actions are more about following trends than any real desire for inclusion. Given what’s happened, we can safely wager those doubts were not unfounded.

In the wake of the Gucci hubbub many celebrities like rappers TI and Soulja Boy have volubly called for a boycott of the brand – TI even specified a short three month ban (?) – using their social media platforms to get the word out and express their ire and disgust. I too created a pissy Insta video, which I later took down in favor of a more well-mannered, reasoned post discussing the real problem.

It’s not the sweater. It’s the lack of voice from people of color in key parts of the Gucci organization. If we were present in the design rooms and marketing meetings, this likely would never have happened.

And before you launch into any defense saying Gucci is under no obligation to hire people of color just because, I agree whole heartedly. Brands should hire the best talent, period. But it’s a verifiable fact that if the recruiting doors only open in certain places at certain times for certain people, the likelihood that an organization will find a diverse slate of talented candidates is slim.

Further, because Gucci has so many customers who are people of color, it makes good business sense that they would want to understand us better, if only to sell us more of their products. That means at minimum they need to find out who we are, what we stand for, what we like, and certainly what we don’t like.

The easiest, most logical way for that to happen is to hire people who look like your target demographic. But I think Gucci was relying on its name and its position to carry it through. And had the company not made such a horrendous error in judgment, that might have continued to work.

Now that its collective ass is in a sling, Gucci’s making the typical noise about cultural sensitivity training. I’ve blogged before about how successful that sort of thing usually is – not. Inclusion isn’t something one can achieve with an event-based program. It’s a start, but what about the middle and the fact that the journey to inclusion is a long one that has no foreseeable end?

Some might find these celebs’ reactions excessive. After all, people, companies, do make mistakes. But whether Gucci made an honest mistake, was deliberately obtuse or something in the middle is irrelevant. The company caused graphic offense, and now it’s paying the price.

Multi-hyphenate celebrity 50 Cent even had a bonfire on Instagram, setting one of his Gucci garments alight before tossing it onto a large pile of garments from the brand. If the underlying message wasn’t so serious, the video would be hilarious. He’s so utterly uncaring that he’s destroying thousands of dollars’ worth of clothes. It’s the ultimate gesture of contempt, one he made without explanation, without saying much of anything.

I saw contempt and disregard and a resolve to walk away from something offensive on principle. Someone else might see an idiot who set fire to thousands of his own hard-earned dollars for no good reason. But that’s the thing about social media. With a few exceptions, it’s all open to interpretation. And even the exceptions are open to judgment.

No matter what logical conclusion there is to draw, if people are determined to see the worst, they will. And most of us aren’t 50 Cent. We’re not – ironically – worth millions. Nor are we so wealthy that we can afford to burn expensive clothing to make a statement. Most of us can’t even afford to use our social media platforms so brazenly.

It’s why I deleted my little rant video. It’s not that I didn’t believe every word that I said. I just don’t currently think potentially losing my more conservative clients because I went on a passionate cussing spree, deserved or not, is worth the risk. Further, I fully acknowledge that deleting is a subpar solution. If you have to delete it you likely had doubts, and it never should have gone up in the first place.

I thought about it before I posted the video. And at the end of the day I’m prepared to pay whatever cost might come, but I deleted the video because that’s not the kind of digital footprint I want to leave. Whether I was right or wrong, righteously passionate or ridiculously silly, it’s the exact opposite of what I advise my clients to do.

I’ve been staring sadly at the vintage Gucci bags my mother gave me for days now. I’ve had them for years, proudly trotting them out here and there because they’re Gucci, and most importantly because they were my mothers. The purses are older than I am. They were purchased at a time when it wasn’t usual for black women like my mother to own a luxury handbag. I feel real regret that these once valuable gifts are now so tarnished. This feeling I have in my belly and shoulders and along the back of my neck is why the idea of reparations, however implausible or impractical, seems quite reasonable.