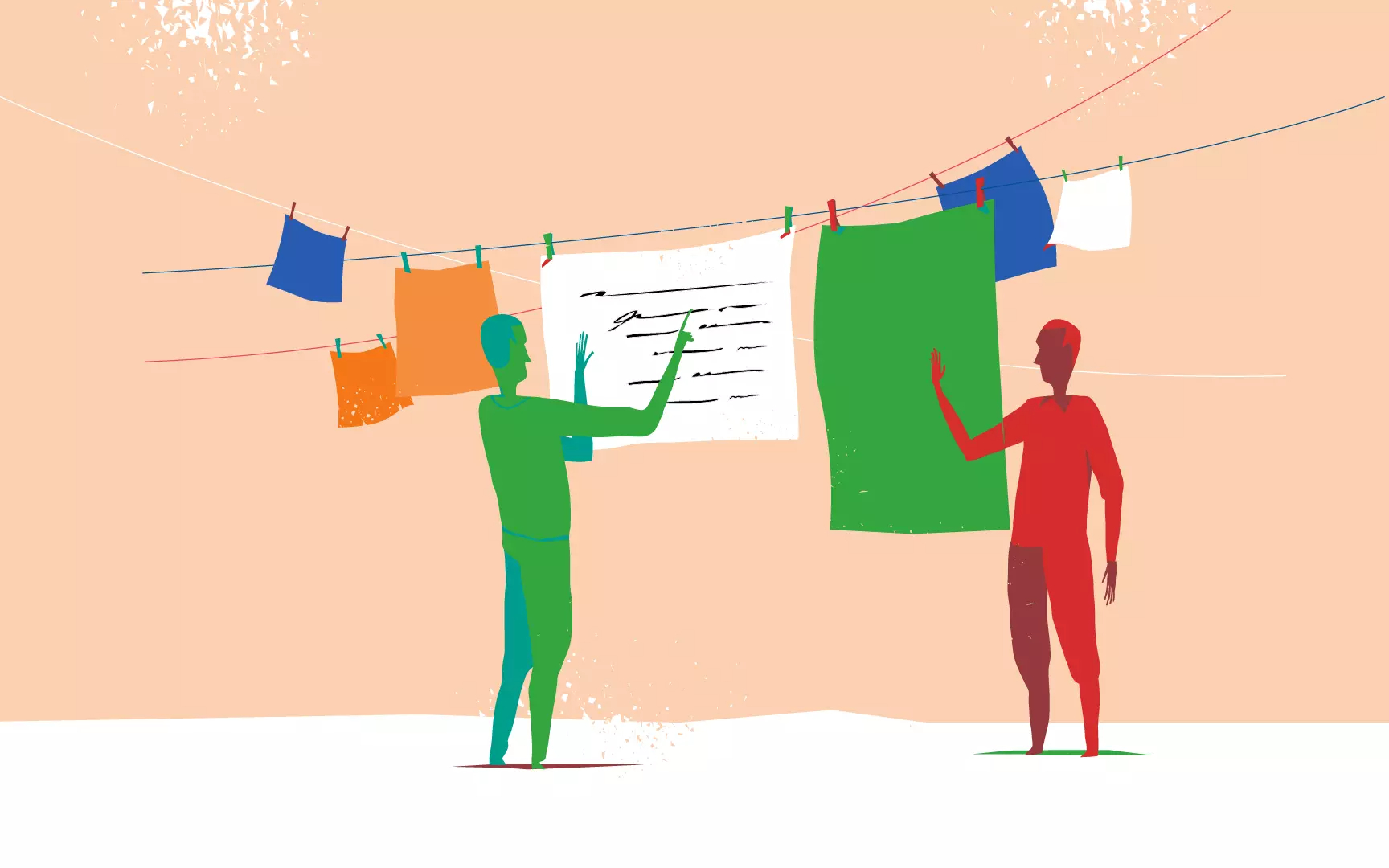 Journalism can no longer make any claims to objectivity for one very important reason: The viewing and reading public is now an active part of the dialogue. Allow me to explain.

Before the Internet and technology enabled us to spread information globally at a click — and comment on that information — newspapers, magazines, TV shows, the nightly news, they were all purveyors of product that existed in a bubble of relative safety.

If someone had something to say about what you published or broadcast, most of them swallowed it because there was no easy way for them to share it with you. Only the most dedicated, or the most in need of medication, hung in there to get through via telephone, or took the time to pen a letter and mail it in. But now you can tweet, post, and otherwise share your ire, support, disgust or confusion not only with the outlet in question, but with the world, in a matter of seconds. And all you need to do so is a phone.

So, if we look at the media holistically, the most we can realistically hope for is for an outlet to tell a complete and honest story. It won’t be objective. Everyone and everything has an agenda. Some are better than others, but even that statement acknowledges the subjectivity we must embrace, or else risk our sanity when it comes to information consumption.

Once the news moved online, and blogs took over the Internet, everything changed. Opinion now has an undeniable part to play in narrative and even fact-based, data-driven storytelling. It is what it is.

For instance, Yelp announced that it’s going to flag organizations that have had issues with racism. The response was instantaneous and firey. Many were supportive, but others were aggrieved: How could Yelp take just anyone’s word for bad behavior? Flagging companies with such a contentious label was “an inducement to false accusation and thuggery” said one tweet. Fair enough.

But then Yelp explained in follow up that there were guidelines to its strategy. “In other words, a one-off claim on social media or a blog does not reach Yelp’s threshold for labeling a business as being accused of racist behavior.”

Essentially, there are levels to the -ish. But it’s purpose, to inform consumers who and what they are potentially spending their money on, remains intact, an extension of previous efforts to help its users find and support Black-owned businesses.

I think it’s great. I want to know where and to whom my money goes. Information is power is one of my favorite clichés, for that very reason. Tell me who you are. Don’t be a jerk and smile while I put my hard-earned dollars in your hand, then turn around and give them to a campaign that supports systemic efforts to put people who look like me into a cruel, revolving door of omni-channel oppression.

But that’s the gag, as Keke Palmer would say.

Whenever efforts to change the status quo, to inform, to illuminate the truth of a situation are put forth in any official capacity, the wolves come out. It’s soooo wrong, and how could you even conceive of such a dastardly idea? But the reason why such an action is necessary, I guess that’s okay. Right?

Things have changed. In media, for sure. Our systems of record are different now, as are our delivery systems, and honestly, a lot of people are still getting used to the new way of doing things. We’re still learning how to navigate this open system of commentary and data and information at scale and speed.

Many of us are still learning how to communicate in a world where every syllable will be recorded, replayed and potentially remastered through infinite platforms and channels. You know what I mean. Leaders of large, well known organizations share genuine but incredibly stupid things in the most serious tones, thereby unintentionally revealing things their brands don’t thank them. But that’s what they believe, have always believed, and it’s honest. It’s just not right. Or true, or appropriate for the direction society is moving in today, thank you everything.

But that perfectly normal behavior has made things quite clear in many respects. People and organizations who support diversity and inclusion, who believe that black lives matter, or that women deserve equal pay for equal work, or that climate change requires our immediate attention, etc. and so on, now they’re easy to spot. They’re also easy to patronize.

Even efforts to deceive are most often brought to light because while the veil of the internet is murky and duplicitous, it will only hide so much for so long. There are always people on the hunt for the online receipts to prove, or disprove, any and everything.

So, I don’t expect objectivity from the media. I expect a complete narrative. When I don’t find it, that too is welcome because I know who and what deserves my attention, my engagement, and my coins.

For instance, a shall remain nameless and link-less NY outlet released a short video suggesting that Kamala Harris’ inability to keep a poker face during the debate this week was a flaw. It will never again get my click. I even told YouTube I was not interested, so it too will help to curate such drivel away from my attention.

I got a kick out of Kamala’s expressions. Some things just call for thinly veiled contempt, I find. That’s nonsense anyway, that a woman’s expressions of emotion are so terribly problematic. Foolishness peddled by a fearful patriarchy looking for a reason to discount a woman for anything in the absence of something real. Men show just as much emotion as women do. As a rule, we just don’t make a habit of pointing it out as they do when in desperate need of a thin, convenient distraction from incompetence or unfairness.

But on the subject of objectivity and media, I will say that disinformation is a thing. So, while I don’t expect fairness, in my quest for a complete and reasonable narrative, I will be on guard for blatant agenda pushing and lie peddling, and so should you.